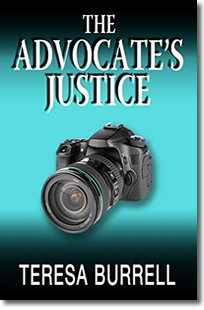 Soon, tempers flare, confidences are broken, and secrets of the past surface as they try to untangle the web of lies created by JP’s family.

JP Torn, a San Diego private investigator, opened his eyes and picked up his cell phone to see the time. It was nearly midnight, so why was his doorbell ringing? Louie, his beagle, jumped off the bed and ran to the front door, making a muffled bark as he darted across the living room floor. His bark grew louder as he approached the door.

JP slipped on his jeans, took his gun from the nightstand, and followed Louie. He flipped on the porch light and looked through the window curtain. All he could see was a female who stood less than five feet tall. She looked like a child. He cautiously opened the door, his gun at his side, and glanced around. He saw no one else. On the lawn, a few feet away, lay an old bike. Louie barked again. JP reached down, placed a hand on the dog’s head, and he became silent.

“Are you Johnny Torn?” the young girl asked. She sounded like a grownup, but her apprehensive face was that of a child. Her light-brown hair was partially covered by a beanie. Her brown eyes looked desperate from behind tiny red glasses.

“Yes, but most people call me JP. Who are you?”

“My name is Morgan. My brother was arrested, and I need your help.”

“Yes. Can you help me?” She shivered.

“Come inside where it’s warm and we’ll talk.”

As Morgan walked in, JP glanced around outside once more. He closed the door behind her and locked it, still unsure if this was some kind of setup, but he couldn’t leave this child outside in the cool night air. He led her to the kitchen and flipped on the electric tea kettle his girlfriend, Sabre, had left there for him. JP loved children, but he hadn’t been around many and was never sure how to handle them. He wished Sabre were there now. She would know what to say and do.

“Would you like some hot tea?” JP asked, as Morgan sat down on a barstool.

“No, thanks. I just need your help.” She rubbed her hands together, as though they were cold.

“How do you think I can help you?”

“I need you to get my brother out of jail, or juvie, or wherever he is.”

“When was he arrested?”

“A couple of hours ago. It took me a while to get here. I had trouble finding your house in the dark.”

“You rode your bike here?”

“It was only a few miles. At least it would’ve been, if I hadn’t gotten lost,” Morgan said.

“How old is your brother?” Before she could answer, JP asked, “How old are you?”

Only ten? She seemed so mature. “Tell me what happened leading up to the arrest,” JP said.

Morgan told her story, seemingly choosing her words carefully. “The cops came and knocked on the door. I answered it, and they asked for my brother. I retrieved him from his room, and they put handcuffs on him and said he was under arrest. I ran out back and got my mom and my grandma. They came inside and started bellowing at the cops, but the cops wouldn’t stop. They showed my mom a document, and then they went through the house looking for stuff. They really tore it apart.”

JP was surprised by her use of retrieved and document; those were words an adult would use, but in the syntax of a child. It sounded odd. “Do you know what they arrested your brother for?”

Morgan gulped. She looked away and then back at JP. He waited. The only noise in the room was the tea kettle boiling. Finally, she said, “Murder.”

The electric pot shut itself off. JP walked over, picked it up, and poured hot water into two cups with peach-flavored tea bags. He brought them to the counter and put one down in front of Morgan. “If you don’t want to drink it, just hold the cup. It’ll warm your hands.”

She reached for the cup, wrapping her hands around it.

“Do you know who they think your brother killed?”

“His name was Bullet. That’s not his actual name, but everyone called him that. He was my grandma’s boyfriend. We all live with her, and Bullet used to live there too. But he left a few days ago. Conner didn’t kill him. I know that.”

“Do you know who killed him?”

She shook her head. “I just know Conner wouldn’t do it,” Morgan said, with teary eyes.

“Did the cops take anything from the search?”

“They took Conner’s phone, his tablet, some of his shoes, and a gun.”

“I don’t know. I never saw it before. They took it from Conner’s closet. You’ve got to help my brother,” she pleaded. “Can you?”

“My dad told me to come here if something like this occurred.”

Again, with the adult words. “Did your dad expect Conner to be arrested?”

“No,” she spurted. “Just anything strange that might happen. He said if there was ever any trouble we couldn’t handle that we should find you. So when the cops left, I told my mom I was going to bed, then I snuck out and came here looking for you.”

“Where is your father?”

“He’s in prison. In Donavan. Before he left, he gave me your address and phone number. But I don’t have a phone, and they took Conner’s, so I had to come here. Daddy said if anything went wrong that I should find Uncle Johnny. That’s you.”

We need to get you home to your mother,” JP said. “I’m sure she‘s worried.”

“She already has some guys over, and they’re drinking a lot. She won’t even notice I’m not there. Can’t we just go see my brother?”

“Maybe your mom is at the station with your brother.”

Morgan gave a funny little laugh. “I don’t think so.”

“But you said she was upset and yelling at the cops when they took Conner.”

“Yeah, but then she went back to her party in the backyard.”

JP knew he couldn’t keep this little girl at his house without her mother’s permission, niece or no niece, and he wasn’t even certain she was telling the truth.

“Wait here,” he said. JP walked into the bedroom, put on his cowboy boots, and grabbed a t-shirt, pulling it over his head as he returned. “Let’s go.”

“Where are we going?”

“To your house to see what’s going on, then we’ll decide what to do.” JP grabbed his black Stetson, and they headed for the door.

Morgan looked up at JP’s hat, and then down at his boots. “My dad wears a hat and boots too, but yours are shinier.”

The girl was silent most of the way, except when she was giving directions. As they approached her home, they could hear the music blaring. JP parked behind the other four cars in front of the house. When he shut off the engine, Morgan began to fidget.

“Please don’t make me stay here without my brother,” she pleaded. Her eyes were wet, and a single tear rolled down her cheek. “Please, please.”

JP thought for a second. “Is there somewhere we can stand and see what’s going on in the backyard without being seen?”

“Yeah, right over there.” She pointed to her left. “There’s a tree stump on the other side of that car.”

They walked around the cars in the driveway, and Morgan stepped onto the stump.

“Do you see your mother?”

JP could see a few heads on the other side of the yard, but he needed a better view. Morgan hopped down and JP stepped up. He saw three men and two women milling around, all with beer bottles in their hands. Two men were smoking. Then he spotted a couple sitting on a block wall off to the left.

“Which one is your mother?”

“The one on the wall with the naked guy.”

They walked back to the car. JP took out his phone and made a few calls to find out what he could about Conner. The information was slim. He started the engine and drove away.

“Did you find Conner?” Morgan asked.

“They have him at juvenile hall, but they haven’t finished booking him yet.”

Morgan’s shoulders drooped and the smile left her face, but she didn’t say anything.

“I’m sorry,” JP added. “First thing in the morning, I’ll find out everything I can.”

They drove in silence for a few minutes until Morgan asked, “Are you going to take me back home?”

“Your mom’s gonna realize you’re not there pretty soon, and she’ll be worried. She’ll probably call the cops.”

The girl snickered. “Trust me. She won’t call the cops. She hates cops. Besides, she won’t even know I’m gone until she wakes up tomorrow afternoon.”

“Is there somewhere else I can take you? Another relative or a friend maybe?”

“We don’t have any relatives here, except you.”

“Not where I can stay. But I’m not going to live at that house without my brother,” she said with conviction. “If you take me back, I’ll just leave again.”

JP was afraid to find out why, and he didn’t want to interrogate her. He just knew taking her home with him was not a good idea. He wasn’t even sure she was family. For all he knew, this was his brother Gene’s idea of a sick joke.

Morgan interrupted his thoughts. “Why don’t you take me to your house? If you don’t want me in your way, just give me a blanket and I’ll sleep outside.”

JP gulped. “I have a better idea.” He picked up his cell phone and called Sabre.

“Good book. I hate knowing this kind of stuff happens but I like the “getting it fixed” endings.”—Vickie

“Another great book! I love the series, and it seems that each book is better than the last.”—Colleen

“You’ve written a heck of a good story.”—Rodger

“Wowza, another good one. The dialogue between Sabre and Bob made me laugh, at one point I got really sad, and that ending was just fabulous.”—Denise