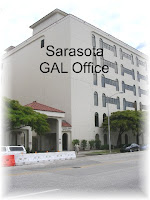 On Thursday, January 20th, I have the privilege of speaking to a graduating class for CASA, Court Appointed Special Advocate, also known as Guardian Ad Litems or GALS. This particular group is the 12th Judicial Circuit of Florida, advocating for children in Sarasota, Manatee, and DeSoto Counties.

CASA is an incredible organization where ordinary citizens volunteer to look out for the needs of children in the juvenile court system. The volunteers need to submit to a background check and go through an extensive training program. They are then appointed by a judge to advocate for the well-being of children who have fallen victim to parental abuse or neglect. The CASA worker (the GAL) fights for the safety of these children and often changes their lives in profound ways.

The GAL’s role is to get acquainted with the child and everyone in that child’s life such as the parents, teachers, relatives, social workers, etc. In the San Diego juvenile system where I practiced for twelve years, the GALs often worked very closely with the minor’s attorney. The volunteer then reports back to the court regarding the child’s needs and often with a recommendation for permanent placement for the child.

Being a CASA volunteer can be an extremely rewarding experience but it’s not always an easy job and it takes a serious commitment of time and energy. The volunteer must agree to stay with a case until it closes. I believe the average time is approximately one and a half years but I’ve certainly known cases to take much longer. I commend anyone who is willing to make that sacrifice for those innocent, little children.

I’m really looking forward to meeting with the next graduating class in Sarasota, Florida. I’m honored to be a part of their program.