Archive for the abused children Category 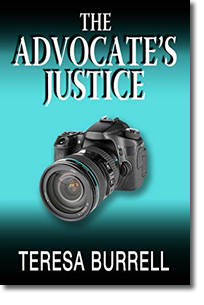 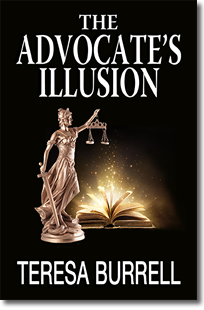 In 1983 April was proclaimed Child Abuse Prevention Month by the president. I don’t know how April was chosen but it doesn’t matter. The important thing is that we have a month where there is an extra effort made to stop this awful behavior that is so rampant in our society.

According to Children’s Bureau (U.S. Department of Health and Human Services) there were 686,000 children abused or neglected in the fifty U.S. states, DC, and Puerto Rico. Of those, 1640 died. Many of those could have been prevented with good community programs in place such as early childhood development programs, parental support, and maternal mental health.

The Child Welfare Information Gateway provides some good information on how to help your community prevent child abuse.

This is a cause that is very near and dear to my heart. I have spent a great deal of my life fighting this battle. I worked as a child advocate for many years and I continue to do what I can to prevent child abuse. This is a cause you can join as well. There are many organizations joining in this fight this month. I noticed when I stopped at In N Out Burger (my favorite burger joint) they have a program this month where they are collecting donations and matching 3 to 1 whatever they collect up to $250,000. Many other businesses are doing similar things. This is one way to help, but for those of you who can, getting personally involved is the best way.

April is Child Abuse Prevention Month. If you live in Maine, you can support their efforts by placing a blue light in your window throughout the month of April. As reported by the Maine Today, several towns will be participating such as Skowhegan, Waterville, Augusta, and Hallowell. It would be nice to see other towns participate as well and even other states. But more importantly, be aware and become a part of the solution. We all have something to offer.

Please help build awareness. And report if you suspect abuse. Many of you are in positions where you you come into contact with children who are being abused and you may not recognize it. School employees, for example, (and not just teachers) are often in one of the best positions to prevent abuse. However, if you can’t detect it, you can’t report it. Get educated. Most schools have policies for abuse awareness programs, many of which are not being implemented. The Bay Area in California just got a wake up call. You can read about it here. Ask your administration what they are doing.

Many of us see it happening in our own families. Don’t ignore it. The life you save may be your niece or nephew or grand child.

What will you do to help? Please post any suggestions for others who want to help, but don’t know where to start.

I worked for many years in the dependency courts in California with abused children and so often saw very little accountability for the crimes committed. When a child was seriously injured it was generally not the first offense by the perpetrator. So, I’m pleased to see what one state is doing on behalf of these children.

Several new bills have been proposed in Montana to help protect children from abuse. This article explains why they are taking action. http://tinyurl.com/agkq8m5

SB 198 proposes revising the laws for penalties for assault on a minor. This bill would raise the maximum to 20 years for children under 36 months old and if it causes serious bodily injury, the penalty would rise to 40 years.

There is a loop hole in the law that allows registered sex offenders to avoid prosecution for not disclosing their true address. An additional bill has been proposed to close that loop hole.

These bills are supported by both parties and it appears Montana is taking serious steps to help protect its children.

The bills are designed to bring greater accountability for the crimes, but more importantly it would seem that it would help prevent more serious abuse in the future. If intervention is done before the crimes escalate (and they generally do) hopefully it will save many children from serious and permanent injury and often death.

If you live in Montana, please let your legislators know if you support these bills. The public can make a huge difference.

Should the Public be Admitted to Court Hearings for Abused and Neglected Minors?

Presently in California, the public is excluded from the dependency courtroom unless the judge gives special permission for a non-party to be there. Dependency court is where child abuse and neglect proceedings take place. For approximately 50 years the courts have been closed to the public primarily to protect the minor’s privacy. However, there is an argument that because of the “secrecy” of these courts children’s rights aren’t always protected.

Assembly Bill, AB 73, addresses this issue and suggests that California try a four-year pilot program in which the courtroom would be presumptively open to the public as opposed to being presumptively closed which means they are closed but can be opened at the discretion of the court. In the twelve years I spent in juvenile dependency court I never saw a case opened to the public. However, there was an occasional exception which allowed individual members of the public in the courtroom. With the courts open to the public, some cases would be closed at the discretion of the presiding judge most likely at the request of the child (or child’s attorney).

According to the bill, “personally identifiable information” would not be disclosed in open court and the court would still have the discretion to have the child testify in chambers.

The concern for both sides is essentially the same–the potential harm to children. Opponents argue we need to keep the courts closed because the children have a right to privacy. Proponents argue that opening the courts will result in more public awareness and interest in child welfare services resulting in better services for the children.

What are your thoughts? Should California open the dependency courts to the public?