Archive for the The Advocate’s Betrayal Category

I recently saw a documentary on the plight of Albinos in Tanzania. As you may know my heart is touched whenever I see children suffering. The situation here in Africa effects both adults and children but many of these children never reach adulthood because they are often murdered before they become adults.

The Albinos in Tanzania are hunted for their body parts and their blood. There have been many, many slaughterings and dismemberment of Albino children. A news article reported recently on how young albino girls have been raped as a result of a mistaken belief that it can cure aids.

How can we help? There’s a non-profit organization called Under the Same Sun that has been working diligently to help People with Albinism (PWAs). They accept contributions. Also these children are in dire need of having their eyes protected from the sun. So starting December 1, 2011, I will donate a pair of sunglasses for every one of my books that is sold online (either paperback or e-book form) to these children in Tanzania. I have three mystery novels, The Advocate, The Advocate’s Betrayal, and The Advocate’s Conviction. (The main character is an advocate for abused children.) Any of these books will qualify and they are available in paperback on Amazon, Barnes and Noble, and about any e-book form you want. If you purchase a book I will use my royalties to send the sunglasses to help protect their sensitive eyes. Together we can pay forward and help these unfortunate children.

Last weekend I had the pleasure of signing books at the Barnes and Noble in Henderson, NV. The booksellers were great to work with and the customers were fantastic. I spent three days there and signed a lot of books. One woman named Kelly came into the store early on Friday and bought “The Advocate’s Betrayal.” On Saturday morning she returned to tell me she couldn’t put the book down and stayed up most of the night reading it. That’s what keeps me writing!

I had a few other interesting experiences as well. There was the woman who nearly passed me up when I offered her a bookmark. She took it and scurried off. About ten minutes later she returned, apologized for being rude and explained she was embarrassed because she hadn’t had her toes done. Of course, that drew me immediately to look at her feet. They looked fine to me, but apparently she never leaves the house without polish on her toes. She turned out to be a very sweet woman and she even purchased my book.

I really enjoy the face to face contact with readers. It’s one of my favorite parts of this whole “author” experience. One thing I find interesting is some of the unusual names I see every week. Most unusual this past weekend was “Janina”. Have you ever met a Janina?

“The Advocate” Has a New Look

If you haven’t had a chance to see the new cover for “The Advocate” here it is. ZOVA Books is now the publisher for my debut novel. The re-release is already available on the Kindle and the Nook and will soon be out in paperback. I’ll keep you posted.

Just so there’s no confusion. The Advocate (to the left) is my first book in the series. It’s still the same story with a new look. The Advocate’s Betrayal is my second and I’m diligently working on the third. There’ll be announcements soon about #3.

I’m really pleased with the graphic artists at ZOVA. I think they’re pretty incredible. I can’t wait to see what they come up with for my third book. As soon as I have it I will post it.

The last few weeks have been marked by several wonderful signing events, successful home shows, and busy planning for the days ahead. Those of you who follow the world of mystery writing know what I’m talking about. Bouchercon, one of the premier mystery conferences for writers and readers alike, will be held in the beautiful city of San Francisco this weekend.

I’ll be a panelist on a new event called “Continuous Conversation.” I’m excited to see how it all works. The conversation will be led by authors and continue throughout the conference. I’ll be on the panel on Saturday morning at 8:30 a.m. At 2:30 p.m. that same day I’ll be on the lower floor signing my newest release, “The Advocate’s Betrayal.” Please stop in and say hello if you are at the conference…or in the neighborhood.

Tomorrow I fly north with a stop in Concord to spend a few hours with some dear old friends, and meet a couple of new ones. Then on to the conference where I’ll meet up with more friends. I always meet so many wonderful people at these events. I’m excited. The Launch of “The Advocate’s Betrayal”

It’s been a while since I’ve posted anything to this blog, but that’s certainly not because things haven’t been happening. Along with my friends, fans, and family, I celebrated the release of my most recent book, The Advocate’s Betrayal, early in July. The book follows Sabre Orin Brown as she attempts to solve the murder of a close friend. All our favorite characters are there, of course, plus one or two new ones you’ll hopefully find intriguing. Yet again, the outlines of many of the court cases are drawn from real experiences. And yes, I have chased a woman’s mysterious past all the way across America. Such mysteries are real for many people. That’s the darker side of these books. The brighter side looks a bit more like this: 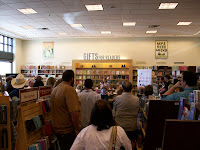 It was standing room only at the launch party in July! Many thanks to everyone who came to support me and celebrate the new release. Your generosity and encouragement are unspeakably appreciated. I also owe a thanks to Linda Dilday, the community relations manager at the Barnes & Noble, Galleria Mall in Riverside. She and her crew of booksellers and cafe workers were beyond gracious.

The launch was followed by several other events, signings, and travels, but those are all for another post!

My new novel, THE ADVOCATE’S BETRAYAL, will be released June 29th! I am so excited. I had to show off my cover. Matt Pizzo designed it for me and I think he did a fabulous job.

I have a new publisher for this book, ZOVA books. ZOVA is having a contest on Facebook where they are giving away an autographed copy of my first novel, THE ADVOCATE, each week until the release of this second book. If you haven’t read THE ADVOCATE, you should enter the drawing…You have a good chance of winning. If you have read it, enter anyway. You could give the copy to a friend or relative or donate it to your local library.

My launch party will be held at the Barnes and Noble, Galleria on Tyler in Riverside, CA on July 3rd. So if you are close by, please mark your calendars.

THE ADVOCATE’S BETRAYAL is available for pre-order on Amazon.com and will soon be available on ZOVA Books.

See you at the launch!